More than halfway through this 60-game season and sitting atop the AL West, the Oakland Athletics have established themselves as not only one of the most dangerous teams in baseball, but also as a contender for a playoff run this season. After two consecutive 97-win seasons and still living in the shadow of the Houston Astros, the A’s are taking full advantage of this short-season wave to try and claim their first AL West crown in seven years.

Offensively, Oakland is very talented and has been one of the most exciting teams in baseball. In just 34 games this season they’ve gone deep 47 times and scored 164 runs, while also providing some of the most dramatic walk-off finishes of the year. With that being said, they have also struggled in some areas, striking out 340 times, and currently sitting in the bottom half of the league in batting average, hits, on-base percentage, slugging, and OPS. 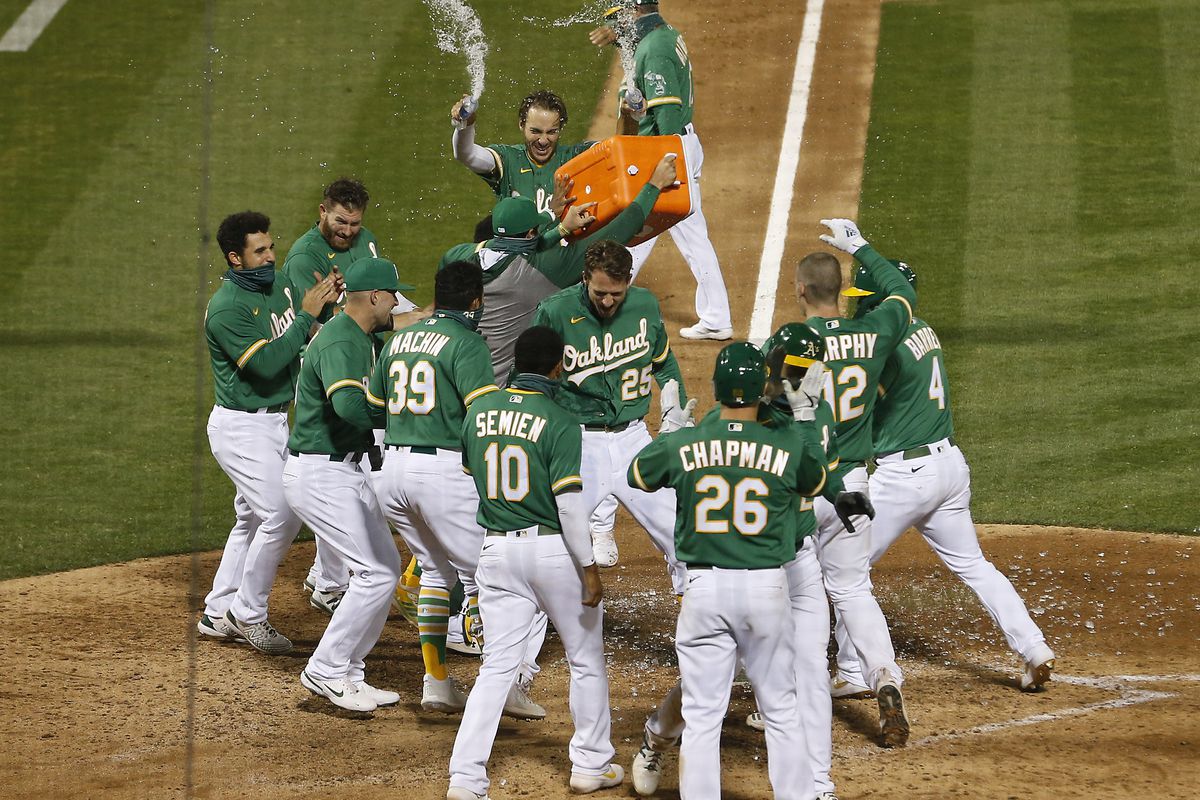 The starting pitchers have also had their fair share of inconsistencies and have been an overall average unit with a combined 4.84 ERA, and allowing opponents to bat .271 against them. This isn’t to knock the offense and starters because they have been important in helping this team reach the top of the division; they just happen to pale in comparison to the Oakland A’s bullpen, which is one of the best in baseball.

A bullpen that is fittingly led by the best closer this year, Liam Hendriks. His MLB leading 10 saves while allowing only two runs and a 0.673 WHIP shows a glimpse of his dominance so far. But it hasn’t been just him; up and down the A’s bullpen, they have had amazing results, which has been crucial to their success. T.J. McFarland is another standout in Oakland, allowing only one run in 13-plus innings of work. Jake Diekman has pitched 12 innings this season and has yet to give up a run, earned or unearned. The two are currently tied for second in the majors with seven holds a piece. Joakim Soria, Yusmeiro Petit, J.B. Wendelken and Burch Smith (before going on the IL) have also been huge coming out of the bullpen so far this season. 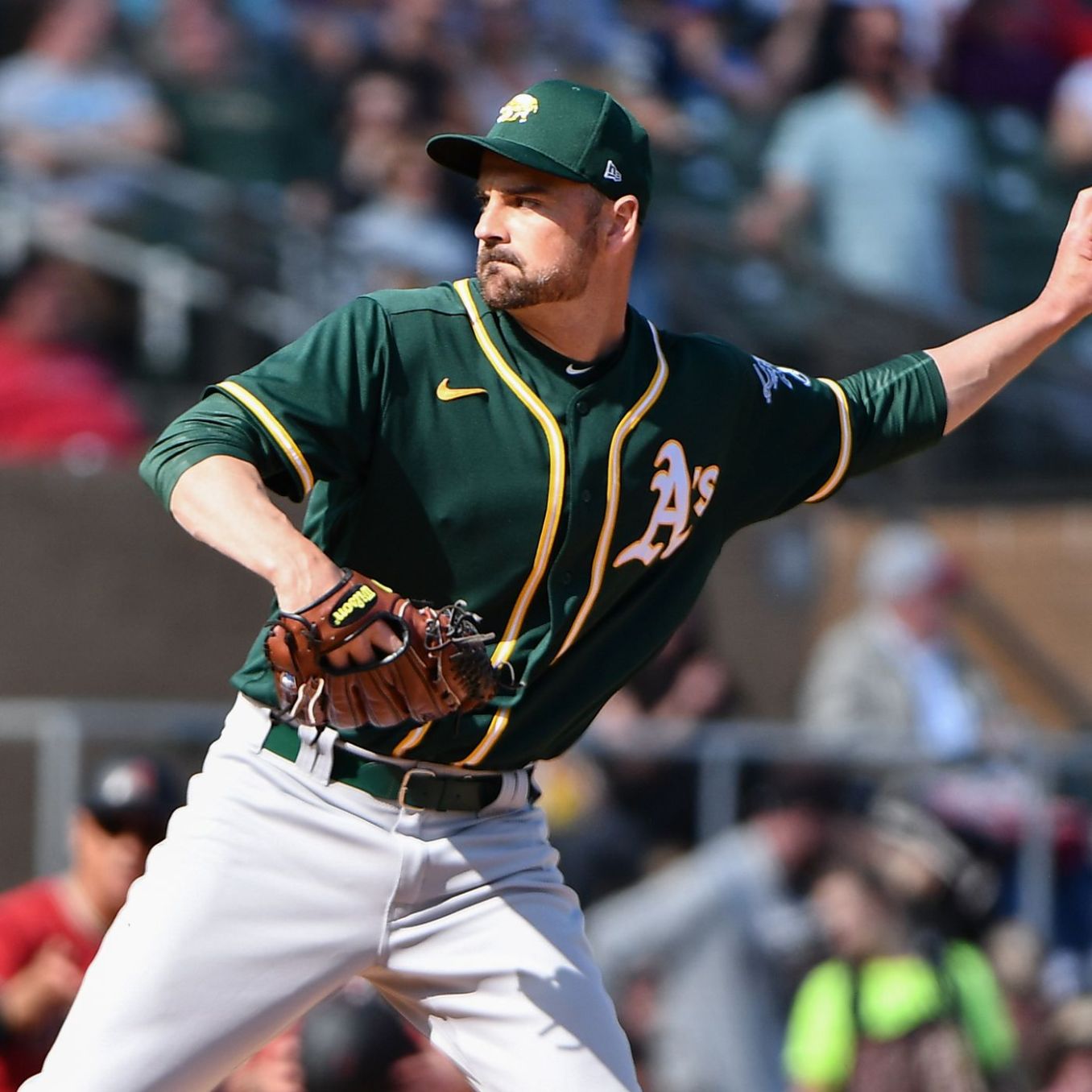 And while the starters’ ERA nears five, the bullpen’s is under two, currently sitting at 1.87. While the starters are allowing opponents to bat .271, the bullpen is 70 points lower at .201. Although we could scour the bottomless pit that is baseball statistics and find hundreds of numbers that prove their value to the club, it’s best to look at examples of how the bullpen has affected the game.

First we’ll look at what took place during the Bay Bridge Series on Aug. 14, where rookie starter Jesus Luzardo struggled early and allowed six runs in 3.1 innings against the Giants. In came Wendelken, who pitched 2.2 innings, and was followed by Lou Trivino, McFarland, and Soria, pitching an inning each to set up Hendriks. Aside from a solo home run off McFarland in the eighth, the four relievers allowed only four hits and one walk.  While the Giants offense was being neutralized, it gave the A’s a chance to get to work. In the seventh, they put two runs on the board before exploding in the top of the ninth when first baseman Matt Olson hit a solo-shot to bring the game within four. Olson’s glory was quickly outdone by outfielder Stephen Piscotty’s grand slam to tie the game at seven and force extra innings. With the momentum surely in their favor, outfielder Mark Canha hit a sacrifice fly to take the lead in the top of the tenth. Hendriks took the mound and struck out all three batters he faced in the bottom of the inning to complete the comeback.

The energy held as the A’s went on to sweep San Francisco in the three-game series. This came only a week after the A’s swept their AL West rivals, The Houston Astros. The bullpen was equally as impressive in that series as they held the former World Series champions* to only three runs in as many games.

The bullpen would again show it’s worth in the most spectacular way against the Los Angeles Angels on Aug. 23. Similar to the aforementioned contest, starter Frankie Montas was pulled after 4.2 innings when he allowed four runs. Down 4-2, Wendelken, Diekman, and Soria would blank the Angels over the next four innings and give Oakland a chance for the comeback. The offense took their time, but eventually hit two RBI singles in the sixth to tie it up at four. The game went to extra innings where Hendriks sat the Angels down in order in the top of the tenth, leading to another Canha sacrifice fly in the bottom of the inning for another walk-off win. 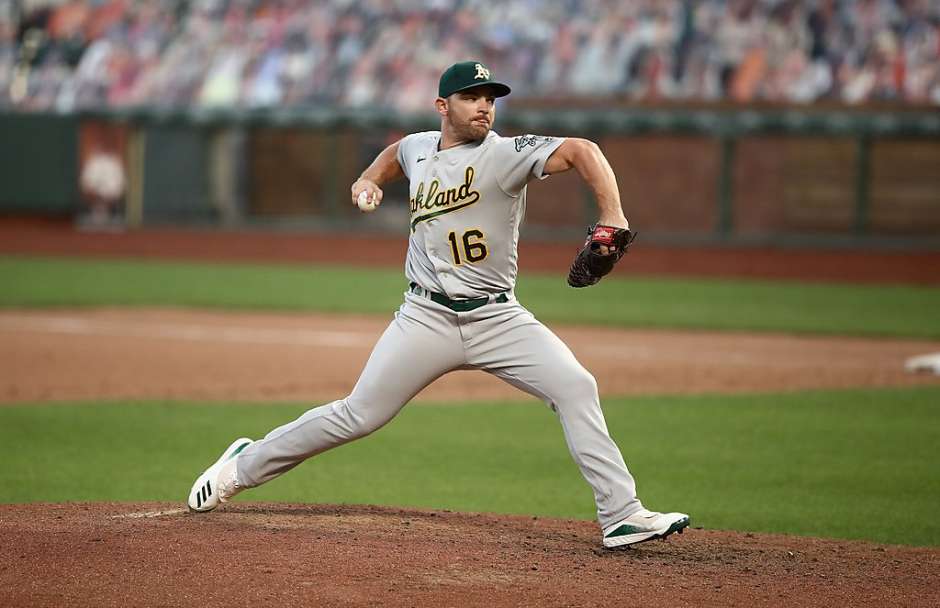 All-in-all, the A’s have 12 comeback wins in 34 games played, and while not all of them have been this dramatic, the bullpen has shown up in each and every one. Obviously, it’s the job of the bullpen to keep a lead or hold an opponents offense to give their own a chance. It’s just that no other club is doing it better than Oakland or benefiting as much.  It’s not by chance that ERA, batting average and runs allowed are all higher in the first five innings than the last four. Or that Oakland is undefeated in its five extra innings games, and the bullpen has still yet to give up a run in those eight innings.

Currently, the A’s season has hit a bit of a snag as they dropped two games to the Astros before being forced to postpone nearly a week of baseball, due to a member of the organization testing positive for Covid-19. However, the A’s stayed busy during this time and added 32-year-old pitcher Mike Minor from the Texas Rangers at the deadline. Minor’s numbers this season may not look pretty, but a recent outing against the Dodgers where he tossed six scoreless innings has given some hope as to what he may be able to provide. In an interview with NBC Sports Bay Area, Oakland’s General Manager David Forst spoke about Minor’s potential impact saying, “whether he pitches as a starter or reliever or both, I think he’s going to be very valuable for the last month.” Wherever the A’s choose to use him, he is sure to provide depth and value. And it won’t change too much about the identity of this team–the A’s will continue to leave their mark with their bullpen.

The offense is talented at multiple spots and the bullpen’s ability to keep them in the game no matter the inning or situation–not to mention the offense being able to trust whoever steps on the mound–is a luxury most teams just don’t have. Behind the arms of Hendriks, McFarland, Soria and friends, the A’s should finally be able to get out of the Astros’ shadow and leave their stamp on this season.

Hey, my name is Max Perez, I am a contributing writer for The Bullpen and a senior at California State University, Long Beach. Since beginning my education I have been dedicated to sports journalism, working for two different student publication and covering as many sports as possible, and hope to continue that journey here.