The bats stay hot for the Dodgers as they crush their way to an 8-3 Game 1 victory over the Rays. Dodgers claim an early 1-0 World Series lead.

Down go the Braves! The Dodgers regain momentum, advance to third World Series in four years.

The Woes of Being a Dodger Fan: That Typical Early Season Angst

Yeah, we think the title of this one explains itself…

Opening Day Preview: NYY vs. WSH and LAD vs. SF

Opening Day is finally here with two fantastic matchups! The first, the incumbent World Series Champion Nationals and Max Scherzer take on Gerrit Cole and the Yankees in Washington. Later in the evening, a classic rivalry game at Chavez Ravine as the Dodgers host the Giants. 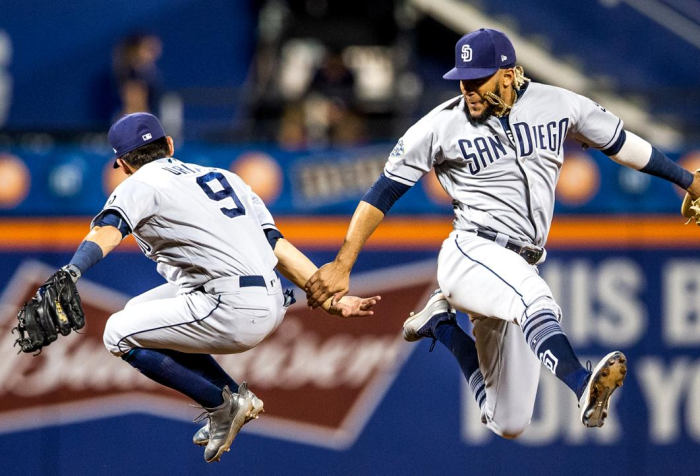 The Western Division’s Strengths and Weaknesses

The final part of our three-part series will end with the MLB’s Western Division! The Dodgers are projected to come out on top as NL division champs, while the AL has the Astros and A’s as its top contenders. Let’s wrap this up together!

Sunrise Sports is back now with some World Series coverage, and we are going to interview a glove collector who runs a prominent Instagram glove trading and collection page, Jaxon … Continue Reading World Series Preview: Top 5 Coolest Gloves in the WS

MLB: Three Stars that will bounce back in 2018

Ian Kinsler, Manny Machado, and Mookie Betts all struggled according to their standards in 2017. In 2018, all three will bounce back to dominance.